Yesterday I made the claim that Christian Science practice is the act of engaging a deliberate dissociative disorder, because it causes and teaches people to dissociate from and not believe in their bodies,  in order to heal them. In fact Christian Scientists try to dissociate from material reality, which they know as “mortal mind”. They often try to do it all day long. It is an exercise and a discipline or training to think oneself into a state where matter has no reality while navigating the external world. This state is usually found in the way a Christian Scientist prays and in the self talk they practice as they go through a day.

Obviously few Christians Scientists will dispute the reality of a red light or a green light, when driving. Or if walking they will remember to not walk across traffic, or if cooking, not to stir the noodles with a finger. Thus they give tacit agreement to  the same reality we all experience, if it affects their physical safety.

But this is a reluctant agreement, because they believe that matter is not real. In fact matter is all mental, not physical, and that our reality of traffic and boiling water is ruled by the mental power of mortal mind, a capricious non-entity that changes the day to day rules about human “belief” anytime it wants.

So, what the typical Christian Scientist will do all day long is deny the reality their senses bring to them. They “know” it is an illusion mortal mind is presenting to them. This denial increases and decreases in strength in accordance with what is perceived. If nothing is going on out of the ordinary, they are not so vigilant, but when something appears to be wrong in the picture presented to them, they go into full scale denial of the reality of the presented image and turn away physically, if possible because they do not want their thoughts to be influenced.

If it is a problem of their own bodies, they deny it and know that matter is not real and cannot be real. They deliberately dissociate from the “erroneous” images and the reality the rest of us live in, and turn to God, in the Spiritual realm, and strive to see themselves as the non-corporeal image of God.

This kind of deep prayer takes place in a state of trance; all deep prayer does, but this prayer requires the negation of the senses, and so it requires dissociation from reality and/or from the body. Some people are excellent at creating this dissociation, during prayer, some don’t  go that far.

This phenomenon is why I included “Conversion Reaction” as part of the definition of dissociative disorders in part 1.  Back when Mary was practicing, there was a lot more conversion reaction than there is now. It is a type of dissociation born of repression and denial, which was pandemic in the 19th century.  It still occurs today, but usually among populations that maintain repression and suppression of young women. Cases of the stigmata usually only happen to Catholics, but it is a perfect example of a somatoform disorder. And one that fits the particular religious beliefs, to boot.  Stigmata never appear in any other religion.

Trances are an aid to produce, and an aid to get rid of, somatoform disorders. Some people can go into deeper trances than others, usually when they pray. Saying a rosary or short phrases like a mantra are excellent aids for going into and maintaining trance states. And you can dissociate from your body and/or reality while in this state, if that is your intent.

The silent arguments of the Christian Scientists take deep and total concentration, which is, in itself a profound trance state. It is not unlike the trance states of performers, musicians, dancers, athletes; the act of writing a post like this takes my complete concentration, distractions fade away, I forget the time….

The charismatic churches with dancing and speaking in tongues also produce deep trances and  these kinds of very strict religions are many times more likely to have somatic disorders than non-religious people are.

Somatic disorders respond to trance states to disable them. This is why prayer healing gets going after everyone is worked up into trances. If the malady will respond to a trance, prayer or suggestion when in this deep state, can heal. So you will have an occasional person get out of a wheelchair, healed of their conversion reaction.

However, it may not be a permanent healing, it depends on the pressures that caused the conversion reaction in the first place. And, it was a far more common problem back then from 1875 -1920 or so that it is now, except among the most repressed Christians.

The statement I am circling around is that Christian Scientists learn to dissociate from their bodies, and from material reality, on purpose. They have developed this practice as a daily discipline and many are very adept at detachment and can go in and out of this state as fast as necessary to deny the reality their senses are presenting to them.

That is why some CS parents have been known to be so detached from reality they can’t see their child is dying and they can’t get upset about it, as long as they are in that state of detachment. Outsiders have remarked on this strange reaction in more than one Christian Science parent. Well, now you know why, and you also know how to produce this trance state in yourself.

One more thing: as in many other mental disorders, fear plays an important part in the etiology of dissociation. Dissociating is an active way to convert unacknowledged fear energy (aka denial) into creating this state. This kind of fear energy can take you right out of your body.

4 thoughts on “Christian Science IS a dissociative disorder, part 2” 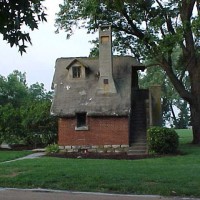